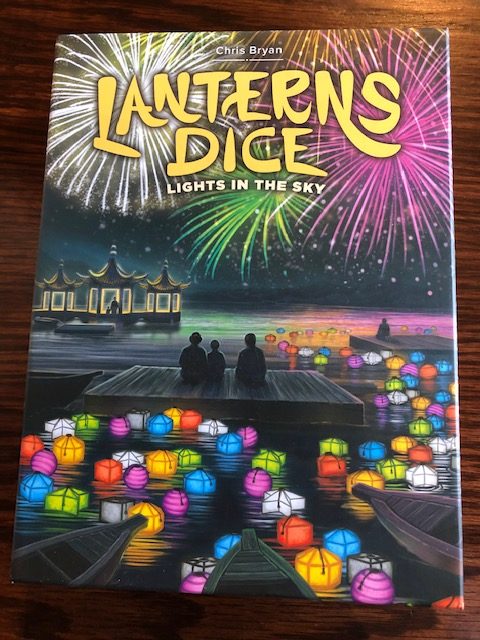 Every once in a while when you have enough cash back rewards on your card to get something small but not enough to get something cool, Amazon will sniff the winds of want and come up with a singular bargain of the day. This is how Amazon gets you; it senses that you are looking for something new and fun, and lo! You discover that Lanterns Dice: Lights in the Sky is half off that day. Coincidence or evil capitalistic plot? Either way, I have a copy of Lanterns Dice for “free”. Ish.

And other than having non-reusable game parts (I’m looking at you, pad of paper mats!) I kinda like coloring in the little lantern triangles. And rolling dice. There is something pleasing about rolling a mitfull of dice.